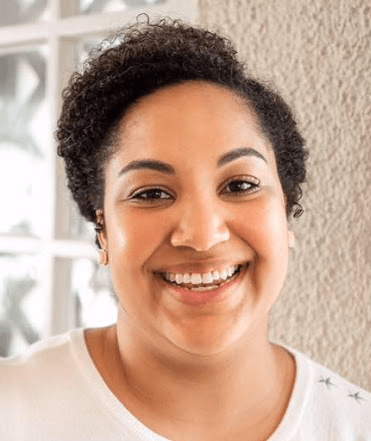 Brittany Talley, MA, LPC, RPT-S obtained her Bachelor’s degree in Psychology from William Jewell College in 2009, and her Master’s Degree in Counseling and Guidance from the University of Missouri – Kansas City in 2013. She received her Play Therapy Certification from Mid-America Nazarene University. She has also completed training in Trauma Focused-Cognitive Behavioral Therapy (TFCBT) and the Attachment, Self-Regulation, and Competency (ARC) Model. She has a Brain Story Certification and loves to help youth understand themselves better by teaching them about their awesome brains!

Brittany specializes in children, adolescents, and young adults who have experienced or witnessed interpersonal violence (sexual assault, child sexual abuse, domestic violence). She is also an enthusiastic advocate for children/adolescents of color in their explorations of race, privilege, representation, and identity. With her experience as a sexual assault advocate for children of all ages, she is passionate about teaching healthy boundaries and bodily autonomy as well as preparing adolescents for the overwhelming freedom that is college life.

Brittany began her career during graduate school, as an education specialist at MOCSA, where she specialized in Human Trafficking/Commercial Sexual Exploitation in addition to prevention education for adolescents and young adults around Sexual Assault, Domestic Violence, and Stalking. Brittany then worked in higher education, as a prevention educator and sexual assault survivor advocate at Southeast Missouri State University and Saint Mary’s College of California. Upon moving back to the KC Metropolitan Area, she began her work in trauma-informed schools, serving as a school therapist with TraumaSmart of Crittenton Children’s Center. In 2019, Brittany accepted a position as the Coordinator for Trauma Sensitive and Resilient Schools, at Kansas City, Kansas Public Schools. There, she provides professional development and implementation coaching for all teachers, administrators and support staff in the district. That same year, Brittany opened her own practice, Rise Counseling and Consulting, LLC. In her practice, she serves children of color who live in predominantly white areas, attend predominantly white schools, or are adopted into white families.