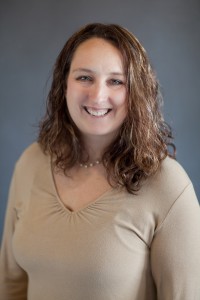 Kerri obtained her Bachelor’s degree in Psychology and Sociology from Graceland University and her Master’s Degree in Social Work from the University of Iowa in 2000. Kerri became a Registered Play
Therapist 2004 and obtained her Supervisor certification in 2006.

Kerri is a currently a Licensed Clinical Social Worker (LCSW) in the state of Missouri. She began her work with children and families in Cedar Rapids, Iowa providing in-home therapy to children who had experienced abuse and neglect. After moving back to Kansas City where she grew up, Kerri worked at Project EAGLE, an early Head Start program through KU Medical Center, as a Family Support Advocate. During that time, she provided in-home case management and parenting support to caregivers and their young children and was trained as a Parents As Teachers educator.

After leaving Project EAGLE, Kerri began working at the Child Abuse Prevention Association (CAPA) as a Family Support Worker. Similar to her previous role, she provided in-home case management and parenting support. Kerri also facilitated several groups at CAPA including FOCIS, a mandated group for families experiencing divorce in Jackson County. Kerri quickly transitioned to the clinical team at CAPA where she maintained a caseload of children who had experienced abuse and trauma. She moved into a supervisory role as the Clinical Services Supervisor in 2007 and, six years later, Kerri became Clinical Director which is currently the position that she holds at the agency. Kerri has been at CAPA for almost 15 years and continues to love the people and the mission!

In addition to her work at CAPA, Kerri provides clinical supervision for Missouri social work licensure candidates and previously provided supervision to KC Play Therapy students working to obtain their Registered Play Therapist credential. Kerri is state-rostered in Missouri as a Trauma-Focused Cognitive Behavioral Therapy provider and is trained in Eye Movement Desensitization and Reprocessing Therapy (EMDR). Kerri is also trained as a Trauma Informed Care trainer and provides training to employees at three agencies in the KC Metro area.

Kerri loves play therapy and believes that it is the best way to facilitate healing in children. Kerri balances this passion for her work with lots of quality time playing with her own three girls and  definitely believes that they are her biggest accomplishment in life!