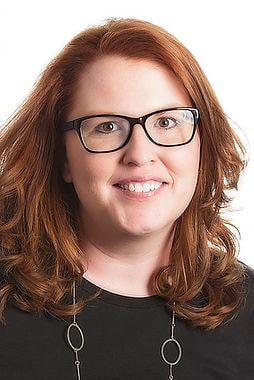 Alicia received her master’s degree in Social Work from the University of Kansas in 2013.  Early in her practicum Alicia realized the power of play and knew she had to learn as much as she could about Play Therapy.  During the final year of her master’s program she completed the KC Play Talk Certification.  After graduation, Alicia worked in Lawrence, KS with children 6 and younger providing play therapy and early childhood mental health consultation.  Alicia also began a small private practice.  In 2017, Alicia became a Registered Play Therapist.  Alicia’s passion is working with children who have experience trauma and helping them process it through play therapy.

Alicia has received training in EMDR, Theraplay® and is pursuing certification in the Child Trauma Academy’s Neurosequential Model of Therapuetics.

Alicia is active in Child Welfare issues in Kansas including serving on the Citizen Review Board in Douglas County as well as the Kansas Legislature’s Child Welfare Systems Task Force.